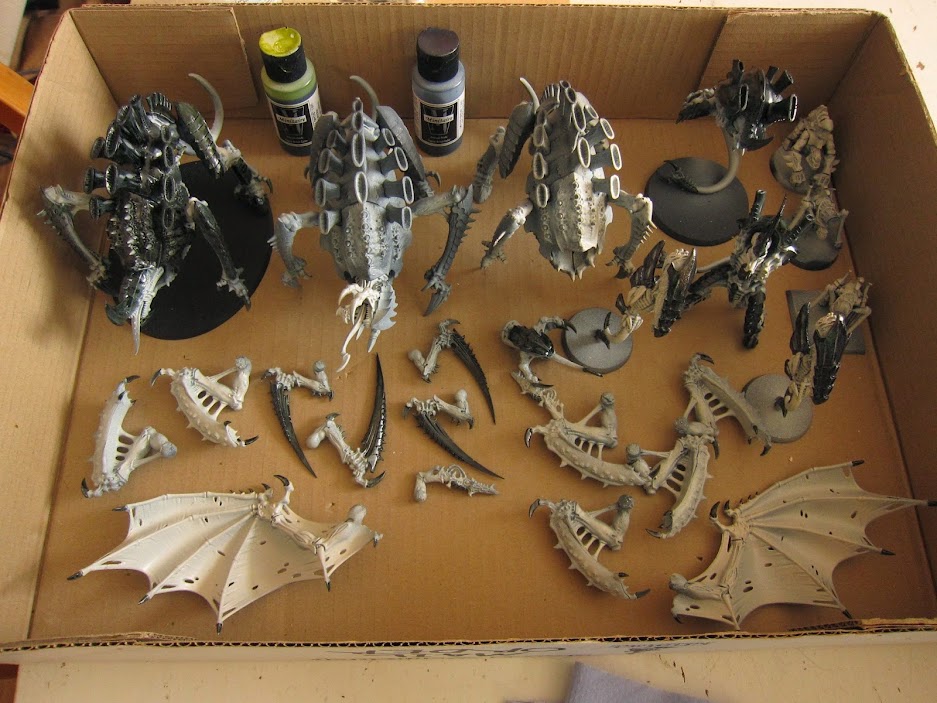 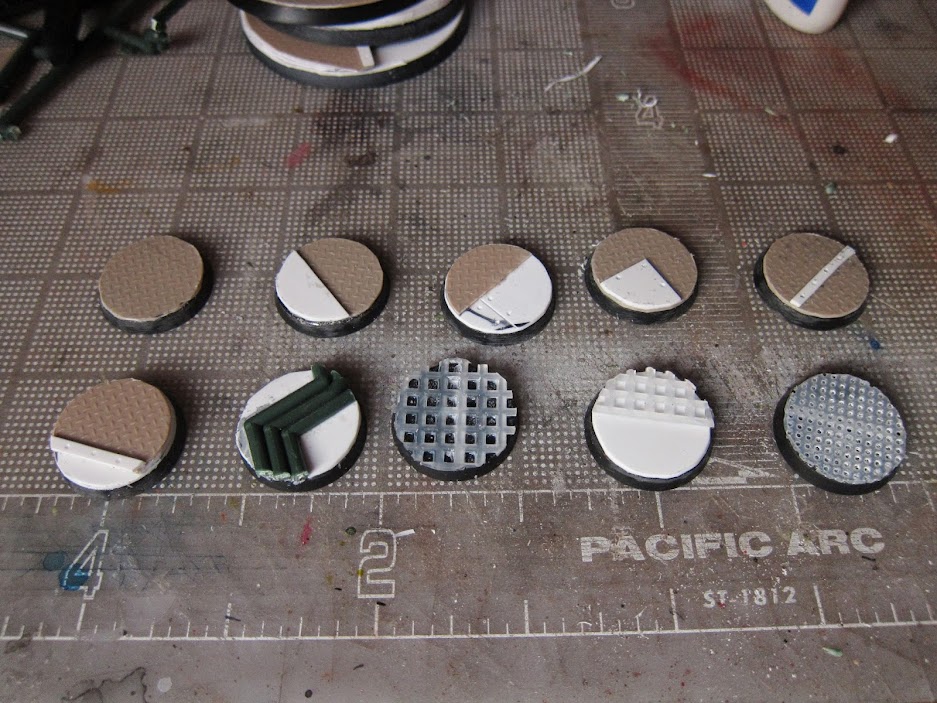 DW’s friend Wiggy was up from the South to pay a visit to Warhammer World, so we took the opportunity to make it a day for a 3-person mini-tournament!

We only had 8 hours to get in 3 games. Each one of us would play twice, playing everyone in round-robin fashion. We used the Maelstrom of War missions (using the Tactical Objectives), rolling randomly to decide the mission. The first two players were decided by rolling a die, with Wiggy and David playing first. Frank got to sit and see Wiggy’s Mechanicum force in action! The overall winner would be decided by the total of Victory Points earned in every game!! 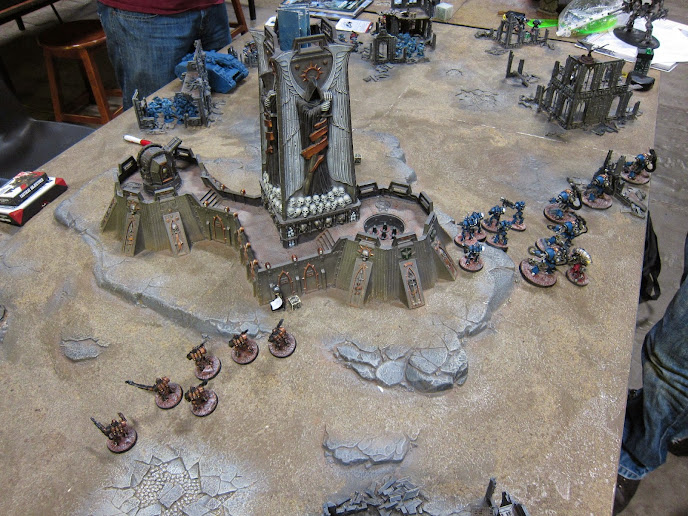 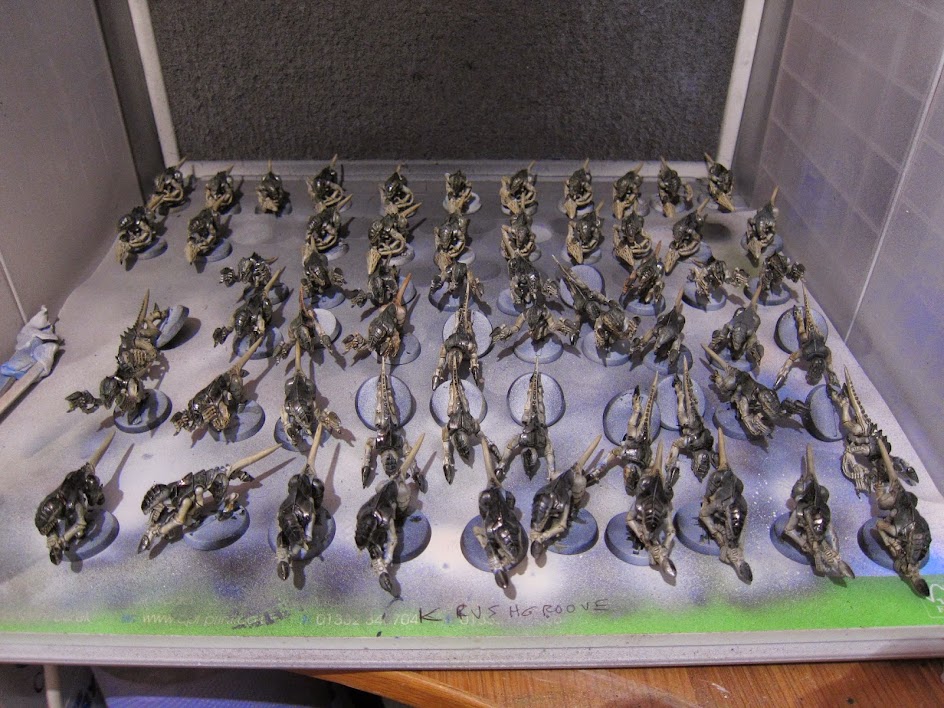 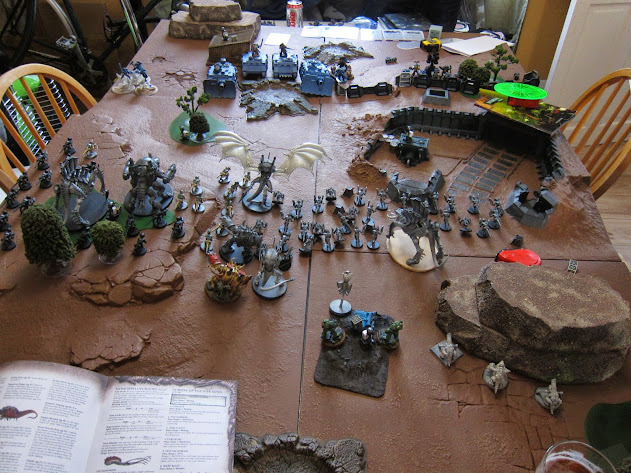 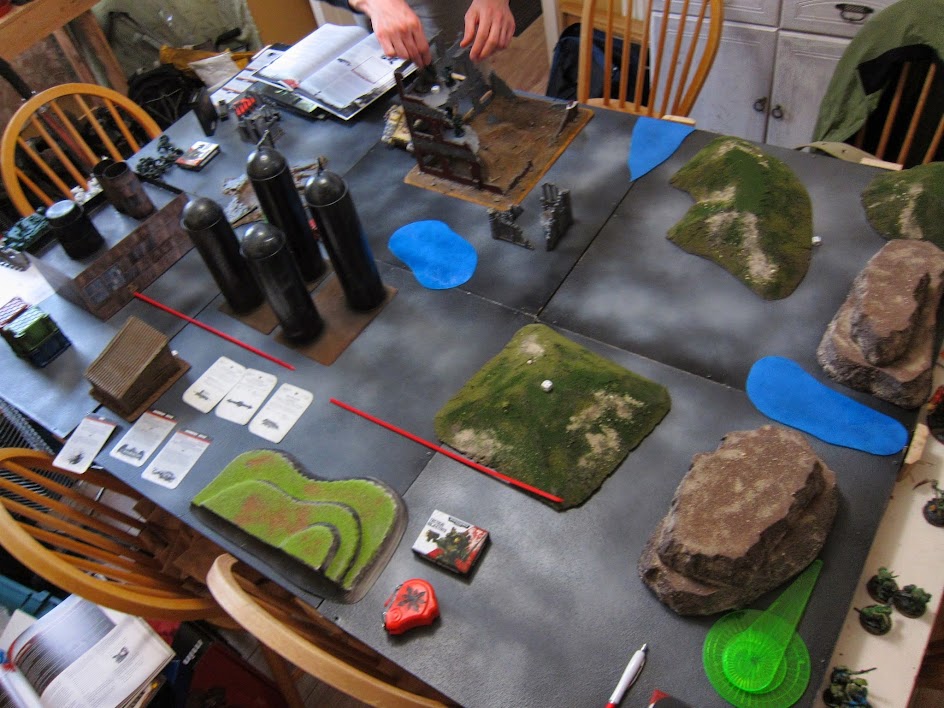 The board setup – there’s no more ‘roll for terrain’, you just place the terrain as you like it. I imagine tournaments will handle this very differently, but if you want to set up like an entrance to a city with wide-open areas at one side and a mega-dense area at the other, you can do that. It makes it a little less tactical but for ‘serious’ games you can roll 6th edition style. I think 7th requires you to talk a lot more with the other player to decide what sort of feel you both want for the game. 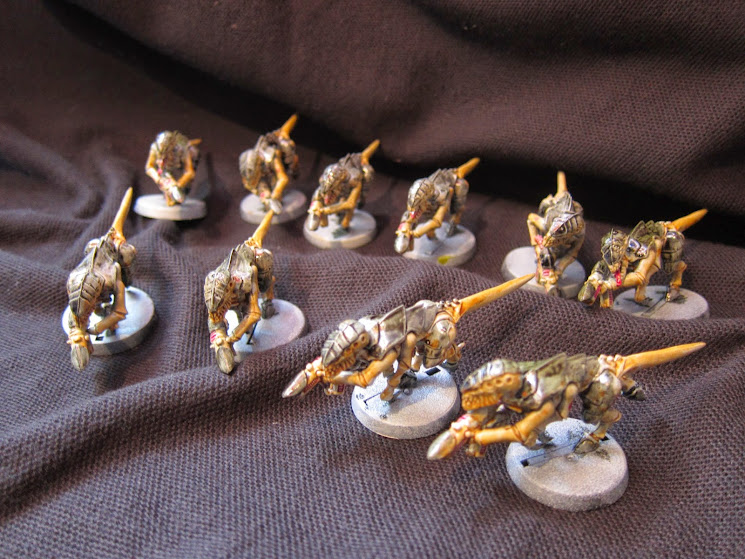 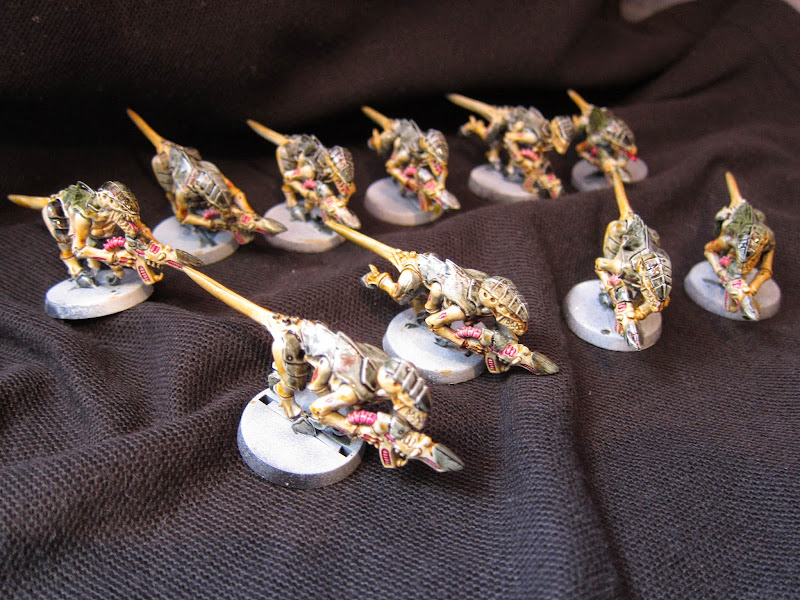