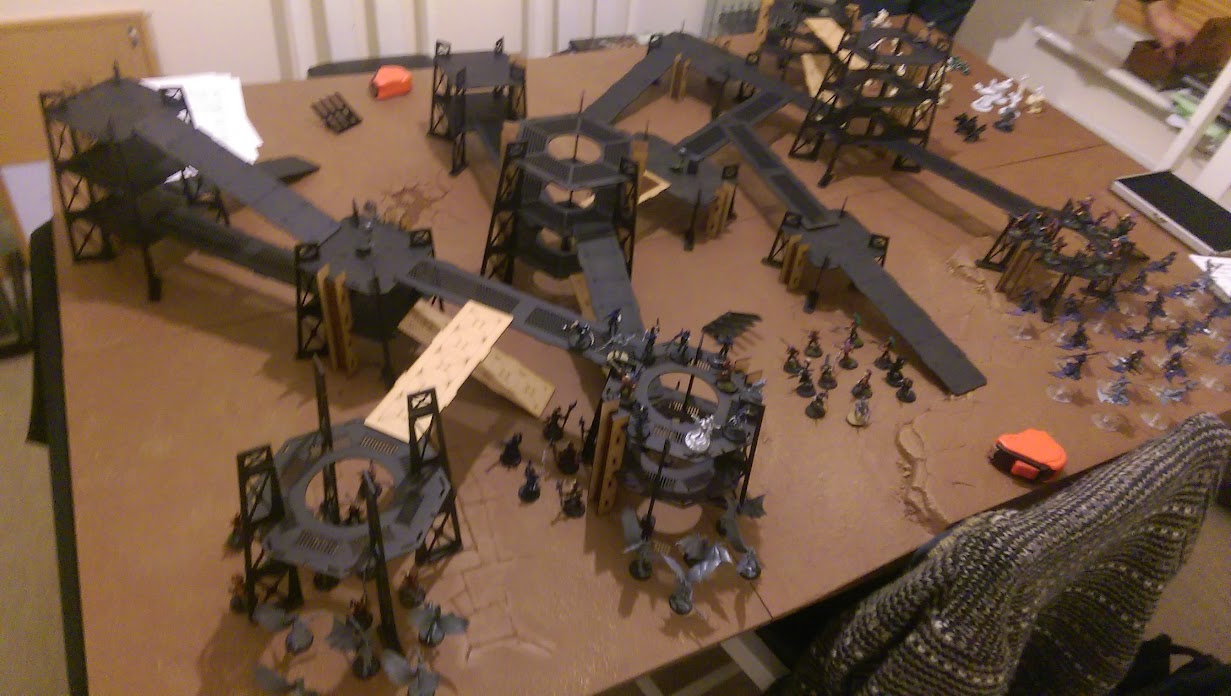 The Kabalite Warriors I painted last month won a prize! 3rd place in the Oath thread The judge said: “From a purely artistic standpoint, I have to give props to anyone that can take those horrible retro Dark Eldar and make them look good. That aside, your scheme is pretty awesome, and for that you’ve…

There’s a few missing, but here’s most of the army! Unassembled and not shown: 1 Raider 1 Venom 7 Wyches ~12 Kabalite Warriors   Of course this means our Armies page has been updated, too – check it out!